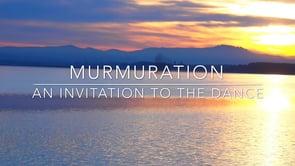 I think it is so important to be in love with place where you live, both home and environs.

As I’ve mentioned before, I am home sick, but as I grade online, the work doesn’t stop. In the late afternoon, I just had to get out, so I grabbed the camera and drove the five miles or so out to Fern Ridge Reservoir for the sunset–very much in Eugene’s backyard.

While looking through the lens at the lake, I suddenly did a double take: there was a murmuration out on the lake! I moved my finger a quarter inch to the video button and held as absolute still as I could while I witnessed and videoed this extraordinary natural phenomenon.

I got about ten minutes of video which I cut to two and spliced in a few still images I also took around the lake: two eagles, cormorants, mergansers, egrets, a Great Blue Heron.

Half an hour later I was back home, astonished at the richness I had accidentally encountered because I took a short break.

Of course, I had to do a little research on murmurations, and I found an excellent article in Wired Magazine. Here is an excert. You can follow the link for more (clickety click!).

“Starling flocks, it turns out, are best described with equations of “critical transitions” — systems that are poised to tip, to be almost instantly and completely transformed, like metals becoming magnetized or liquid turning to gas. Each starling in a flock is connected to every other. When a flock turns in unison, it’s aphase transition.

“At the individual level, the rules guiding this are relatively simple. When a neighbor moves, so do you. Depending on the flock’s size and speed and its members’ flight physiologies, the large-scale pattern changes. What’s complicated, or at least unknown, is how criticality is created and maintained.

“It’s easy for a starling to turn when its neighbor turns — but what physiological mechanisms allow it to happen almost simultaneously in two birds separated by hundreds of feet and hundreds of other birds? That remains to be discovered, and the implications extend beyond birds. Starlings may simply be the most visible and beautiful example of a biological criticality that also seems to operate in proteins and neurons, hinting at universal principles yet to be understood.”