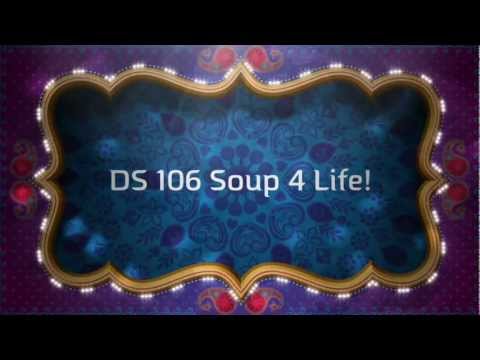 Dec. 2, 2014 Today’s Daily Create drew our attention to an article in Vanity Fair, “Chipotle Cups Will Now Feature Stories by Jonathan Safran Foer, Toni Morrison, and Other Authors,”  Kia Makarechi, and we were asked to “Write a Two Minute Cup Story.”

It’s amazing really – there you are sitting in a red Naugahyde booth in a vintage DS106 diner somewhere on the gritty upper west side of Your Fair City reading a paper cup made out of the last of the old-growth Doug Firs we’re fighting to protect out here in the great Northwest like you couldn’t bring your own go-cup.

While you’re waiting for your DS106 Little Taste of India Soup to arrive, you’re reading about how when Peter and I drove up to our house after Thanksgiving, we got out under this huge Doug Fir in our front yard, and the sky was black with a couple hundred yelling screaming crows.

They were diving in and out of the tree – the noise! The collective for crows should be a Cacophony of Crows.

Our abrupt arrival directly under their manic maelstrom made them never no mind– they were all deep inside their own reality.

It didn’t take a crow translator to understand the thousand rowdy shades of “Trouble, Will Robinson!”

I wanted to see what was in the tree that had so many crows so vociferously upset. I craned my neck, to use a bird verb, then started backing up and backing up until finally I could see right through a hole in the branches about 20 feet up.

Huddled next to the trunk was one very put-upon looking Redtailed Hawk. He had mottled brown and white feather patterns, telling me he was this year’s juvenile. Poor bastard. Many times larger than a crow, he been mobbed down out of the sky to take refuge in our tree, which is why they actually call it an Unkindness of Crows.

I started screaming for Peter to come look, and the crows seem to like that, but for the hawk, it was too much, and he launched himself desperately out into the air and made for the river on heavy wingbeats.

The crows followed, divebombing, yelling, circling, laughing, the whole mob moving away from our house tree by tree toward the water.

On Halloween once, standing in the same place on the drive, looking up into the sky over the river, I saw five bald eagles passing through headed for the Klamath Marsh. In the winter, we have juncos, and nuthatches, which feed crawling down the tree, and brown creepers that feed crawling up the tree, or is it the other way around?