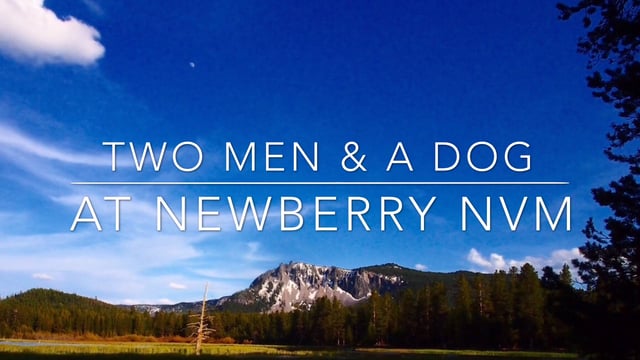 Two Man and a Dog

And the origen of that infelicitous phrase? The online Urban Dictionary says, “The legend tells that years ago every casino in Las Vegas had a three-piece chicken dinner with a potato and a veggie for $1.79. A standard bet back then was $2, hence when you won a bet you had enough for a chicken dinner.”

Prizes? Well, to me the big prize is having my video posted on the Forest Service website as happened when I won a similar call for videos at Denali National Park, but I got some cool swag, too:

Why was this fun? There’s something satisfying about completing a creative cycle. The second I saw the ad for the video competition, it isn’t that I wanted to win but that I wanted to do the project. I love Newberry National Volcanic Monument and have been going there since Peter first introduced me to it in the early 1990s. It’s beautiful. It’s intellectually intriguing. There are lots of fun things to do and see there.

A video contest just gave a focus to all the photography I had been doing around the park already.

Yes, it’s fun to win, but the joy is in the creating.

I made two videos for the competition–one is narrated; the other tells a story, which is why, I was told, it was selected over, honestly, a much better photographer.

Peter and I drove over to La Pine, about two hours away, where we found a rodeo, carnival, apple pie baking contest and Quilt Show all enlivening this otherwise sleepy little backwater, which nevertheless is at the gateway to Newberry. People wandered in out of the heat for our little film festival, so there was someone to applaud.

The sign of a successful poetry reading, Peter says, is there are more people in the audience than poets on the stage–so again, huzzah!