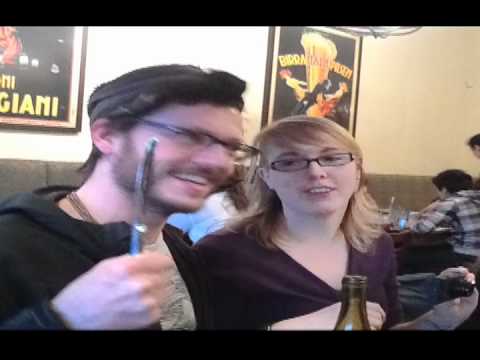 The Daily Create was to make a gif from a “classic” section of a classic spaghetti western. The section was Clint Eastwood riding into town on a mule. Three racially stereotyped Mexican men, members of a local street gang, try to bully him and shoot at his mule’s feet as it turns and runs away from the sharp, explosive sound. The Eastwood character dismounts from the running mule by grabbing hold of a swinging crossbar. As he walks back to encounter the bullies, he passes the coffin maker and says, “Prepare three coffins”; i.e. he is premeditating murder.

He then returns to the men, and in an act of revenge that must swell every bullied schoolboy’s heart, he shoots not three but four bullies. I understand this is a male revenge fantasy, but I am definitely a person who correlates media saturation of violence with the acting out semi-adult males allow themselves to do with guns in public places.

In my neck of the West, the massacre at Umpqua Community College is still freshly with us. I jumped and my heart raced when Eastwood killed the four Hispanics at the end of the clip. The Kip Kinkle school massacre happened here at Thurston High School, and I was at the hospital when the victims started to arrive and the coffin rate started its grim count. The Clackamas Mall shooting happened not long ago near here, and my sister’s nurse colleague was shot. Need I start the current death toll from police shootings of women, blacks, and unarmed civilians?

Like many if not most American (women), I have a kind of citizen PTSD. I am not enured to the sound of gunshots. I don’t think the Eastwood character is even remotely cool. I see him for what he is: cynical, amoral, murderous. One review I read called him “mystical.”

And that coolness factor is admired only by wannabe gang members and bullied, revenge-driven school boys, many of them older professionals now who grew up on this violent, poisonous pap and haven’t yet mucked out the barns of their interior worlds.

Gun violence is institutionalized in this country by a long history of media saturation, and while I am behind Obama all the way in his efforts to f-Ing finally DO some thing, ANYTHING about it, it still takes you and me examining our own soul’s deepest thinking about how okay it is to continue to endorse media violence.

This is not the first time I’ve talked about the civilian PTSD from the schoolyard shooters. In this April 2012 digital story, I revisit the nervous aftermath of the April 20, 1999 Columbine High School massacre.